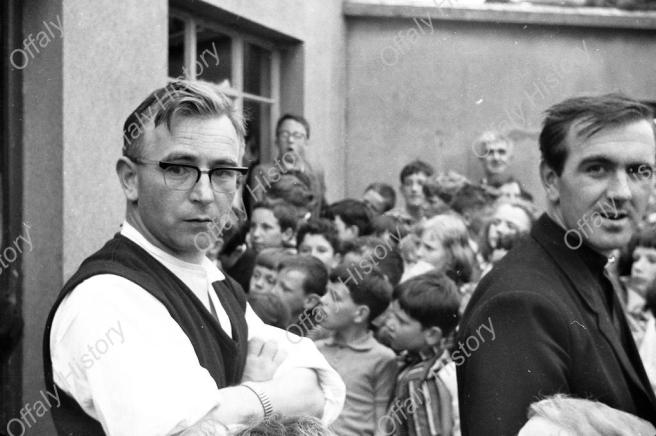 It was generally in late May of each year that school tours and school sports were held and provide happy memories of times past. Besides the serious stuff there were lots of fun events such as the sack race, the egg and spoon, wheelbarrow and much more. Charleville Demesne, Tullamore had sports days back in the 1830s for its tenantry with events such as climbing a greasy pole and other fun and frolics fit to be described by Carleton or Hardy. These early efforts have been much studied and collated in early tomes such as Blaine’s Rural Sports and W.H. Maxwell’s Wild sports of the West. Durrow, Tullamore man, Paul Rouse, has surveyed the traditional sporting pattern and the onward commercialising and politicisation of sports by the late nineteenth century in his acclaimed history published as Sport and Ireland (2015).

END_OF_DOCUMENT_TOKEN_TO_BE_REPLACED 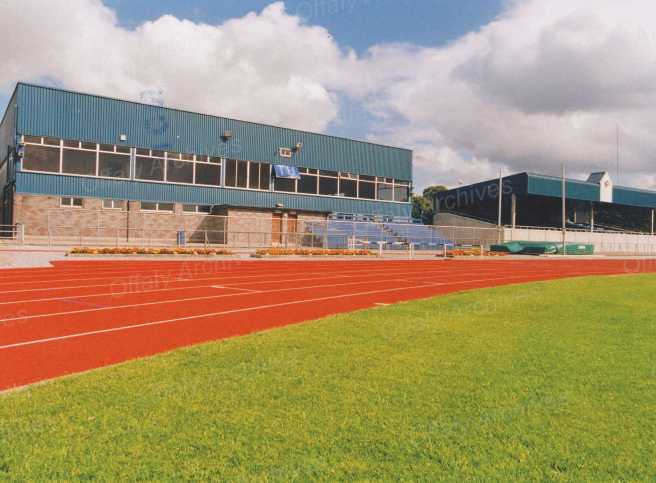 WHEN a group of nine young men, mainly in their 20s at the time, gathered in William Street in Tullamore on a Winter’s November night in 1953 to form a new athletics club, they could hardly have envisaged the pivotal role it would play in all facets of life, not only in the town but the wider midlands.Invited by Eddie, known as Tobin, Clarke into the warmth of Clarke’s Hairdressers, where one of the founders and a future long serving chairman Noel Gowran worked, the formation of Tullamore Harriers was a somewhat controversial move at that time.There was an athletics club in existence in the town, Columban, and they resisted the attempts to form a new club in competition with them. It meant that it took the casting vote of the chairman, Br Kenny, an Oblate in Daingean Reformatory, to bring Tullamore Harriers into existence when they sought permission to affiliate at a meeting of the Offaly Athletics County Board – most of the founding members worked in Salts at that time and they essentially sought permission to change the name of Salts Athletics Club, which was confined to factory workers, to Tullamore Harriers, which could take in membership from the general public.

END_OF_DOCUMENT_TOKEN_TO_BE_REPLACED

I was glad to get out of Dublin before Christmas and get down to see my friends in Tullamore, Killoughy and Banagher for a pre-Christmas visit and bask in the mildest winter for many years. Dublin is mad at this time of year and what with one restaurant telling us about steaks at €120 I had to get down to the nice butchers in Tullamore – old Tormey’s is still going strong and now you have Grennan’s, Hanlon’s and a few more I would not know. I miss Paddy Mac’s, Cleary’s and Joe ‘the Butch’ Kearney of course. All old friends gone to the heavenly pastures.
I can remember the desperate cold of December 2010 when it was as low as -20 and I can recall the winters of 1982 and 1962 when we could skate on Charleville Lake near the town of Tullamore and to the east of Colonel Bury’s Charleville Demesne. I have only a hazy memory of the long winter of 1947 when the Grand Canal was frozen over for months and some of the Egan boys of the Tullamore merchant family are said to have made it to Dublin skating on the canal for some lark or wager. All good simple fun it was. I understand that Dr Boediccker who worked at Birr Castle until the First World War kept weather records from about 1872 and was able to state that 1909, 1896, 1893 and 1890 were also very cold. Another very cold year was in 1901 when a young boy drowned at Charleville Lake, trapped by the ice, while up to 200 people looked on and did nothing.

END_OF_DOCUMENT_TOKEN_TO_BE_REPLACED 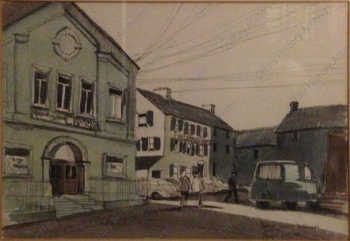 One hundred blogs is a reason to celebrate this September day in 2018. Yes 100 articles, 150,000 words, at least 400 pics – and the 100 stories have received 64,000 views and climbing every week. In 2018 alone we have received over 32,000 views. The list of all that has been published can be viewed on Offalyhistoryblog. We have lots more lined up. We welcome contributors, so if you have a history story you want to share contact us. The other big story is happening on Monday night with the launch of Offaly History 10.
END_OF_DOCUMENT_TOKEN_TO_BE_REPLACED

‘From Jones’s Road to the craggy hillsides of the Kingdom the day was fought and won in fields no bigger than backyards, in stony pastures and on rolling plains … wherever posts could be struck and spaces cleared, the descendants of Fionn and the Fianna routed the seal of servitude. In one never to be forgotten tournament we crossed our hurleys with the lion’s claw and emerged victorious’. Tommy Moore of the Dublin club, Faughs.

END_OF_DOCUMENT_TOKEN_TO_BE_REPLACED

It is probable that some form of racing took place in Kilbeggan before the first recorded meeting on 9th March 1840, which according to tradition was held in the townland of Kilbeg. The main race was the Challenge Cup worth 40 guineas and an entry fee of £3, which clearly indicated that it was for the gentry and not the common people. The race was won by T. Crofton’s Razor but “not without very keen stroping”. The races were held over three heats of two miles- all run on the same day. It was stated that 30,000 attended and “on every side was to be seen happy hearts, smiling countenances and sparkling eyes”. The races continued during the famine years and mass emigration with the support of families like the Locke’s, Codd’s, Connolly’s of Loughnagore, Clarkes of Meldrum, Colgans, Kelly’s,  etc. The racing ended in 1855 due to financial problems & faction fighting. The first ever races in the current Loughnagore site was held in 1846. END_OF_DOCUMENT_TOKEN_TO_BE_REPLACED 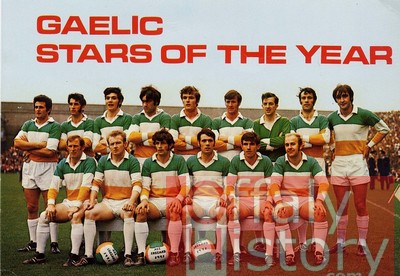 To coincide with the release by Offaly History Archives of a collection of Offaly GAA minute books and records (1906-1980),  Dr Paul Rouse takes us through the history of the GAA in Offaly from its establishment in the county in the 1880s to the present day.

Without Gaelic games, there is nothing that unites Offaly. The county boundaries were first laid out in 1557 during the plantation of Leix-Offaly – but this was effectively a nominal administrative division that did not translate from maps, bore no relation to the divergent customs of the region and was largely ignored by the populace. Offaly sprawls across five Catholic dioceses and includes within its area, the ancient fiefdoms, or parts of fiefdoms, of a host of Gaelic chieftains. END_OF_DOCUMENT_TOKEN_TO_BE_REPLACED